I first became affiliated with WARPER PARTY in 2009 when I signed up as a performer, performing at the Delancey early that Spring. I participated in their events regularly as a performer until being asked by DJ Shakey (Julie Covello) to be a curator and co-host in 2014. Since then I have regularly coordinated the scheduling, maintained the website and often designed flyers, graphics and even t-shirts for this tour de force of electronic music.

I have also spearheaded three years of WARPER House, an installation that was a part of the annual FIGMENT Festival on Governor’s Island. At FIGMENT, WARPER PARTY was given a house and asked to provide live music programming as well as video and interactive installations from 2014-2016.

FLYER for WARPER House at FIGMENT 2016
This was a flyer that was used for the WARPER PARTY Website as well as Facebook promotions for the annual FIGMENT Festival. 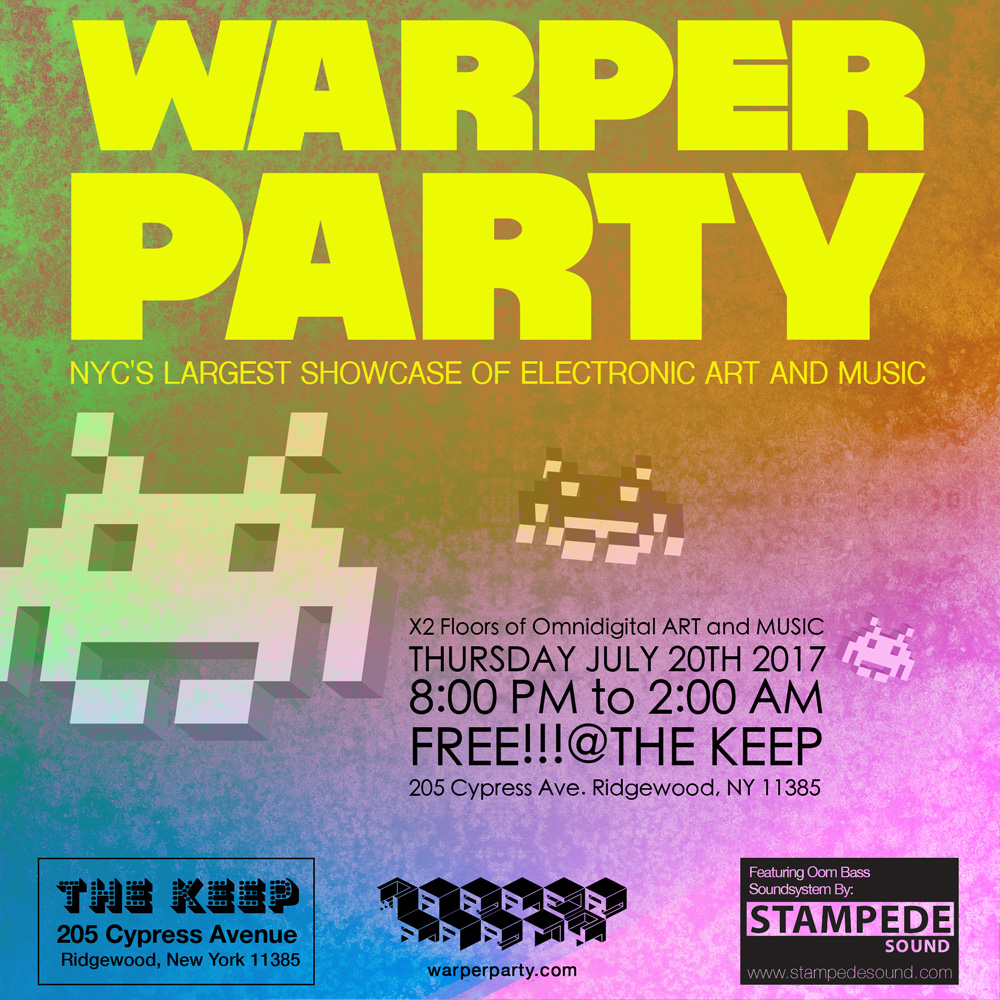 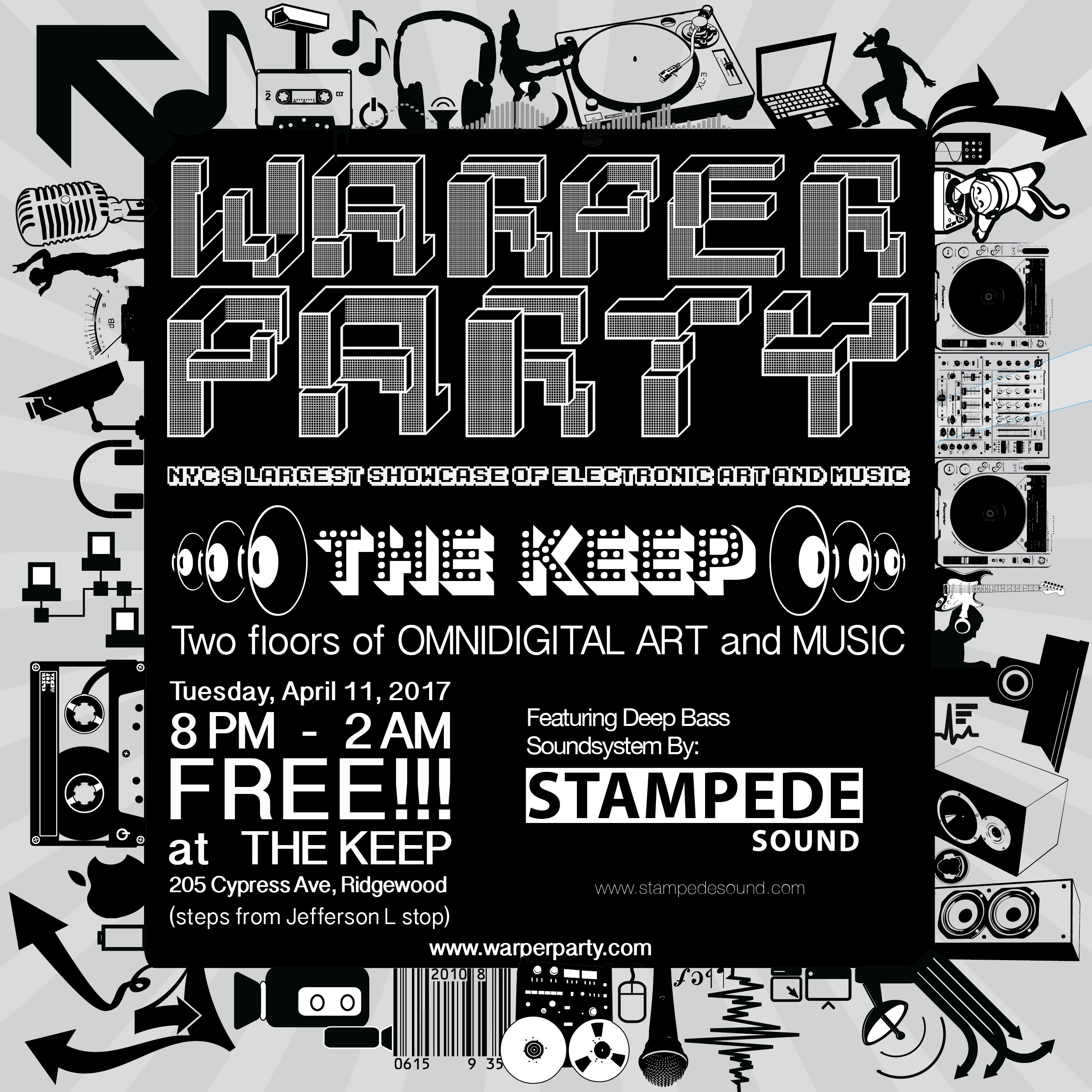 PULSE
Video About a WARPER PARTY Event at The Rubin Museum, NYC.

WARPER PARTY T-SHIRT DESIGN
I submitted several designs for the 8 Year Anniversary Party. Several were printed, this is an example of a simple minimal typographic design that was quite popular.

WARPER PARTY WEBSITE
I have maintained warperparty.com as well as providing development and SEO support since 2014.